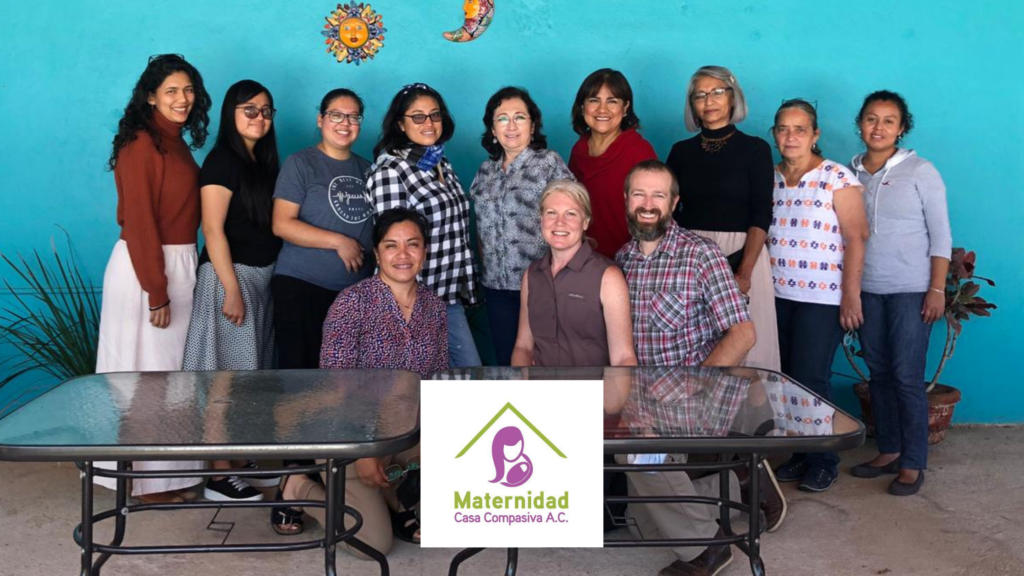 About The Location & History

Thousands of people in the Oaxaca region remain isolated from medical care, and even those with access to government-staffed clinics often receive inadequate care. Women giving birth within the government medical system are often subjected to trauma through complete isolation from friends and loved ones, racial prejudice, over-crowded conditions, and highly interventionist obstetric policies. According to research published by the American National Library of Medicine, cesareans between 2008 and 2017 have increased in Oaxaca from 35.1% to 42.9%, comparable to the national average of 45.5% (Uribe-Leitz et al. 2019). Mexico has one of the highest cesarean delivery rates in the world, regardless of new government published guidelines to reduce their frequency in 2014.

we asked you to help us buy an Autoclave, which is a sterilization machine for devices and tools used during appointments and births. You helped us reach the goal of $2000 for this machine! Thank you for blessing vulnerable Mamas and babies! 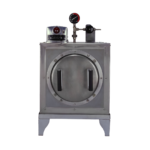 What Is The Initiative?

Casa Compasiva is a Maternity Center that provides a caring alternative to the unacceptable birthing options for women in Oaxaca, Mexico. Since opening its doors in 2011, Casa Compasiva has worked to provide compassionate maternity care to the families of Oaxaca.

Their staff uses holistic, evidence-based practices to care for mothers and babies from pregnancy until one year after delivery. The center provides pre-natal, health, nutrition, and exercise classes to help expecting mothers make the right decisions for the delivery and care of their infant.

What Has Been Accomplished?

Casa Compasiva opened its doors on January 17th, 2011, after $25,000 was miraculously provided just three weeks prior. An American midwife working together with Casa’s own local doctor trained seven women to become doulas in preparation for accepting patients. Just over a month later, the first of many babies was born at Casa! From the beginning, prayer has been a priority as Casa staff learned to depend upon God in faith to supply operational costs. With no backup cushion of funds, somehow the needed money always materialized on time to provide for the cost of caring for patients and staff salaries.

In 2015, they celebrated their first graduating class of three midwives. Since then, they have equipped many others to serve as doulas and monitrice, several of whom are now on staff at Casa or have previously served with Casa. However, midwives who trained in the ‘hands-on, apprenticeship’ model that Casa provided in years past received Casa certification as lay midwives but not government recognition. For this reason, the midwifery training program is currently under reconstruction. At the same time, we investigate the feasibility of gaining legal government recognition, a very long and arduous process that may or may not be the right way to go. We hope to keep you updated with time.

In 2018, ImpactHope was approached to consider expanding our partnership with Casa Compasiva by supporting and funding their development towards self-sufficiency. ImpactHope supports the new Co-Directors, builds relationships with their donors, and provides marketing materials and coaching in sustainable development.

The graph demonstrates the number of clients served over the last three years.  Historically,  Casa has had 50% of the births at the facility and a 50% transfer to the hospital during labour. In 2021, 86% of births were at Casa Compasiva, and only 14% were transferred to the hospital. 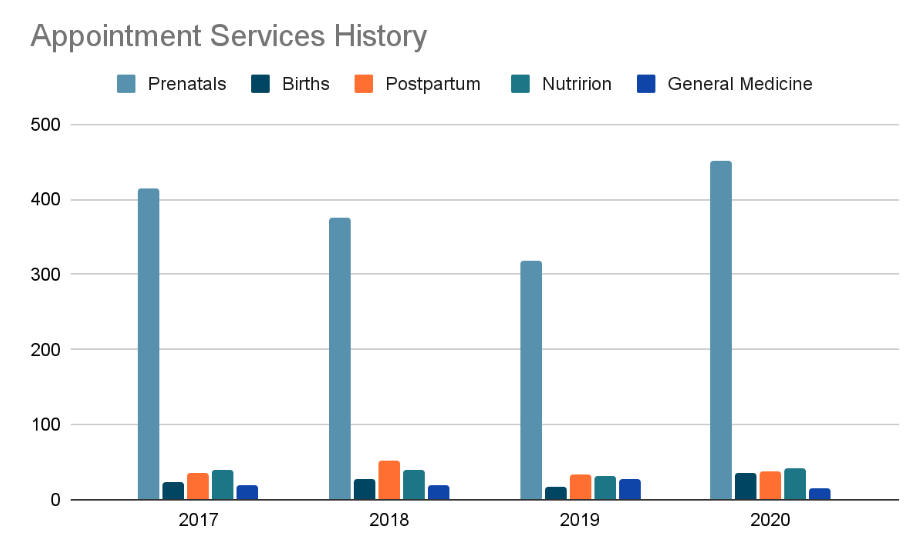 Besides births at Casa Compasiva, the staff has also accompanied many women in their labor and deliveries in other hospitals, offering emotional and spiritual support every hour and in every uterine contraction with comfort measures, words of affirmation, and prayer. 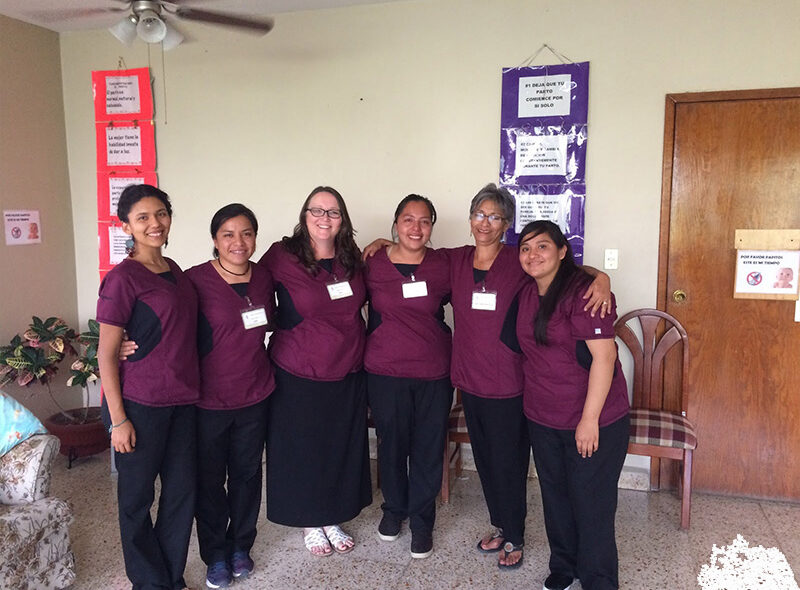 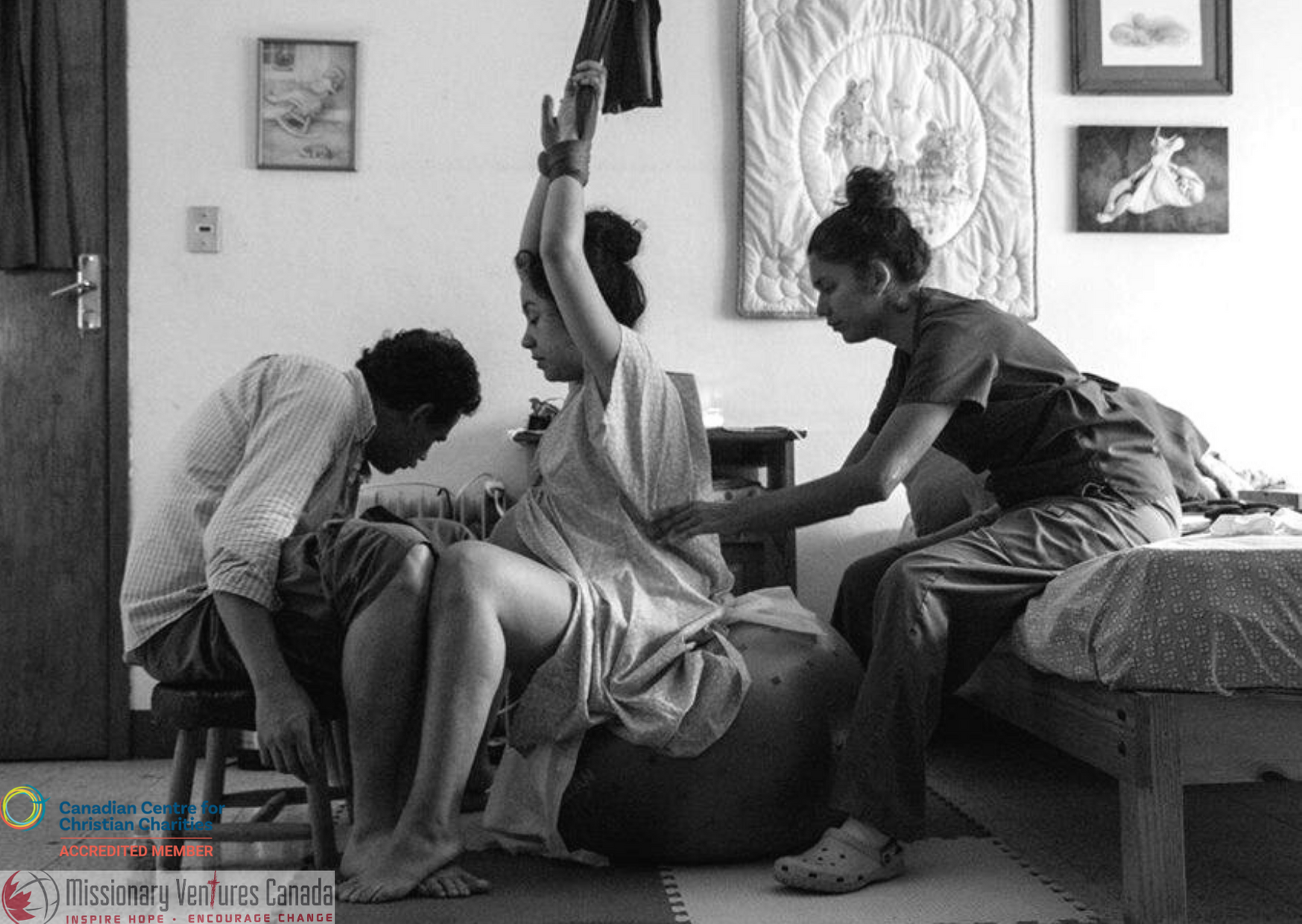 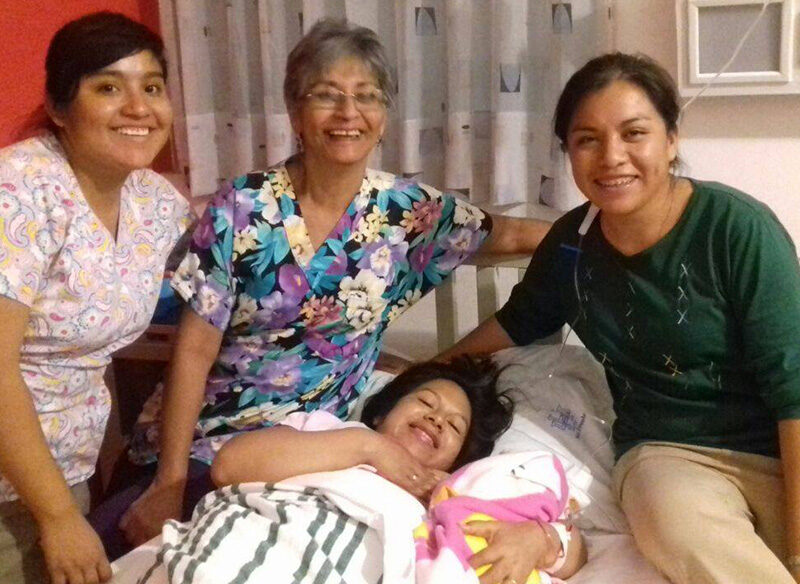 How can you partner?

The current operational cost at Casa Compasiva – including rent, utilities, wages, medical supplies, etc. – is approximately USD 6,500 per month. Some of that amount is generated through client payments for services rendered or through various local fundraising activities. However, the cost of providing quality care at a price affordable for local Oaxacan women and families means that our efforts continue to require some external subsidization. We continue to pursue the goal of financial stability for Casa Compasiva, which could be achieved if only 100 individuals committed to just $65 a month!

With such stability, we could spend more time and focus on developing various income-generating and ministry activities to become a self-sustaining, locally-managed ministry. This is our dream; help us work towards this!

It has always been Casa’s heart to support all families that walk through their doors. By supporting Casa’s financial aid program, you ensure low-income expecting mothers seeking compassionate care will be welcomed without burdening the center’s expenses to serve them.

Our aim for 2023 will be to provide aid for up to 10 mothers with a fund of $3000!  This would allow us to grow our partnerships with local community organizations that help impoverished women and girls and increase the overall yearly births here at Casa!  If only ten people choose to donate $25 a month, we have accomplished our goal!!

Casa Compasiva has trained women with a single purpose – to serve with love and compassion through midwifery and ministry.

Their vision is to create a Christ-Centered Midwifery Program that would attain national and international recognition. This would allow the center to grow and train new staff aligned with our model of Christ-centered midwifery care and generate a new stream of income, market the center’s services within surrounding communities, share the gospel, and change the narrative surrounding birth within Mexican culture.  The new courses are in the preparation stages!

RECEIVE THE LATEST NEWS AND UPDATES FROM IMPACTHOPE